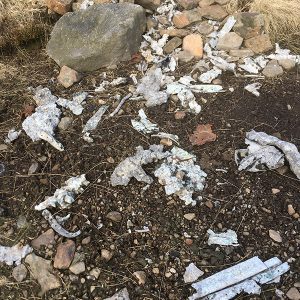 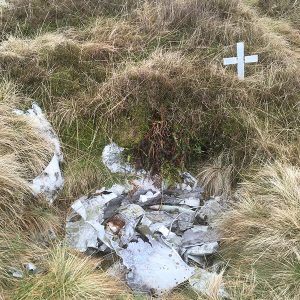 On this trek you start at a fairly decent height up on to Rushup edge heading towards Kinder Scout. You will get to see the wreck sites of a P47 Thunderbolt, Airspeed Oxford, Handley Page Hampden, NA Harvard and an Avro Anson.

Handley Page Hampden (RAF) – 21/01/1942
Handley Page Hampden, AE381/ VN-J, 50 Squadron, RAF was on a night cross country navigation flight from RAF Skellingthorpe near Lincoln when the crew became lost and crashed into the area of Kinder Scout resulting in the death of the 4 crew.

NA Harvard (RAF) – 14/01/1952
North American Harvard, FT415, 22 FTS (Flight training school) RAF was on a training flight from RAF Syerston near Newark when he crashed into the area of Kinder Scout killing the pilot instantly. It was believed he was 60 miles off course.

Meeting time – 0900 and depart for the trek at 0930, this will give late arrivals time to prepare. I will then conduct a head check, safety brief, weather update and route description then answer any questions.

Duration – up to 7 hours

Trek grade – Moderate going along open moorland and well-used paths wreck 4 and 5 drop down a gentle gradient before a climb back up towards the main path.